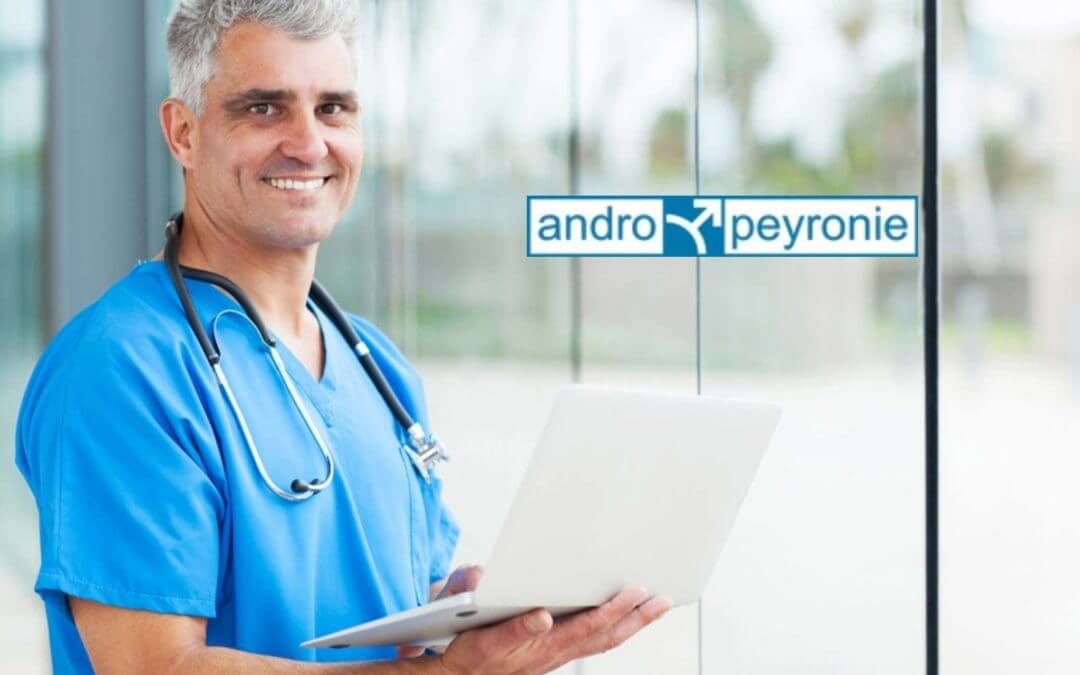 What is the Peyronie’s disease?

It affects approximately 1 in every 16 men (6%). But most urologists suspect that it is under-reported, and may affect as many as 1 in 10 men (10%). It can occur at any age, although it is seen mostly in the middle‑aged. It is characterised by a hard lump (plaque) in the erectile tissue of the penis. This begins as a localised inflammation, which may then mature into a hardened scar. The scar is inelastic (stiff) and stops the penis stretching with erections, leading to the development of a curvature on erection. It is not a condition you can “catch” from sexual activity, and you cannot pass it on. It is not a form of cancer, nor does it become malignant over time.

How does it develop?

There are two erectile cylinders (corpora cavernosa) running along the penis (pictured). The inner membrane of each cylinder is a sheath of elastic fibres. Connective tissue forms a septum between the two chambers. This attaches at the top and bottom of the penis. If the penis is abnormally squeezed or bent, the area where the septum attaches to the elastic fibres may over-stretch. This injures the lining and ruptures the small blood vessels. In older men, reduced elasticity, disease of the arteries and diabetes all increase the likelihood of scarring after an injury to the penis.

The damaged area may then heal slowly and abnormally. In most patients, the injury heals within a year and the plaque does not advance beyond its early inflammatory phase. In more persistent cases, the plaque is replaced by tough, fibrous tissue and may even form hard, calcium deposits. Although injury explains some cases of Peyronie’s disease, it does not explain why most plaques develop slowly with no apparent injury. Nor does it explain why some plaques disappear quickly. There is an association with high blood pressure, diabetes, raised cholesterol levels, ischaemic heart disease and arteriosclerosis as well as with certain drugs (beta‑blockers, anti‑ulcer agents, antidepressants and antihistamines). About 1 in 5 men (20%) with Peyronie’s disease also develop fibrosis (scarring) in other elastic tissues of the body (e.g. the palm of the hand or the sole of the foot). The commonest example is the condition known as Dupuytren’s contracture of the hand. In some men with Peyronie’s disease, there is a clear family history of the condition, suggesting that it may be inherited.

What problems does it cause?

Peyronie’s disease can affect the penis by causing: • Curvature of the penis The inelasticity (rigidity) of the plaque means it cannot stretch as the rest of the penis does when you get an erection. A plaque on the top of the penis causes the penis to bend upward; on the underside, it causes a downward bend. In some cases, the plaque develops centrally, leading to indentation and shortening. Pain, bending, and emotional distress may then limit sexual intercourse; and • Erectile dysfunction (impotence) This occurs due the effect of the plaque reducing blood flow in the penis, but can also a loss of sexual confidence because of the change in shape of the penis. Once Peyronie’s disease develops, it usually changes the penis permanently. While most treatments can limit the effect of the condition on the penis, nothing can take the penis back to how it was before.

How does it change over time?

The disease generally goes through two stages: • A painful, inflammatory phase This usually lasts for three to six months. There is no way to tell when the acute phase has ended, but easing of the pain usually heralds it; and • A chronic or stable phase You are usually in this phase at least 6 months after the pain has stopped. During this time, no new changes occur to the shape or curvature of the penis. In approximately 7 out of 10 men (70%) who enter the chronic phase, the disease will remain unchanged and stable. Two out of 10 men (20%) get a re-activation of the inflammatory phase, leading to more plaque development, and worsening curvature. In the remaining one out of 10 (10%), there may be spontaneous improvement in curvature without treatment. Although the plaque itself does not normally disappear completely, a new plaque can develop on the opposite side to the original one, leading to the penis straightening out.

Are there any effective treatments for the acute phase?

Peyronie’s disease sufferers usually seek medical attention in the acute phase because of painful erections or difficulty with intercourse. The goal of treatment is to keep you sexually active. Providing education about the disease, and its likely course, is often all that is required. If there are no problems with penetration, no treatment may be needed.

Treatment with tablets has proved very disappointing. Nothing has been shown conclusively to make plaques disappear, or to limit their growth. Some tablets can, however, limit the pain in the early inflammatory phase, or improve the quality of the erection if that is the main problem. Most clinicians favour one type of medical therapy over another, although the evidence for all is weak. Potassium para‑aminobenzoate (Potaba®) tablets have the best available evidence for improving pain, but are not very well tolerated. Tablets such as sildenafil, vardenafil, tadalafil and avanafil can help by improving erectile dysfunction in Peyronie’s disease, and this may be all the treatment that is required. Only generic sildenafil, however, can be prescribed on the NHS for this condition.

Traction devices have been used during the painful, inflammatory phase to limit the development and impact of curvature. Using a vacuum erection assistance device twice a day for 10 minutes (or a penile extender traction device for six hours each day) can, over a period of three to six months, help correct some of the curvature. The main advantage of these devices is that any improvement in curvature occurs without penile shortening. They do, however, require regular and dedicated use to be effective. Funding for these devices is not usually available on the NHS and they can cost between £150 and £400 to purchase.

What are the treatment options in the chronic phase?

These can be divided into non-surgical and surgical options.

These have been used in the chronic phase

• Collagenase This is an enzyme that breaks down collagen (the main component of fibrous tissue). It is very effective in Dupuytren’s contracture, but the results in the Peyronie’s are less impressive. Most patients see an improvement in their curvature, the average being a reduction of 18°. It is best for those with lower levels of curvature (less than 50°), where a small level of correction avoids the need for surgery. Treatment with collagenase is not available on the NHS, and is not covered by many private insurance companies. Each injection costs approximately £600, with the current evidence from trials suggesting that between six and eight injections are needed.

The aim of surgery is to get the penis functionally straight penis (with less than 20° of curvature). This can be achieved by shortening the longer side of the penis (plication) or by lengthening the shorter side by cutting into the plaque and filling the gap with a graft (plaque incision and grafting). The choice of procedure depends on:

• the degree of penile curvature;

• any additional shape change to the penis (such as “hour-glass” indentation in the contour);

• the quality of your erections.

All penile straightening operations aim to correct the curvature of your penis but they can never return it to exactly the same condition as before it started to curve.

What operations are available in the chronic phase?

Plication of the corpora cavernosa

Plication procedures are best for patients with good erectile function and curvatures of less than 60°. We counteract the curvature by “bunching up” the longer side, opposite to the plaque. There are many different plication techniques, but the most commonly used one is known as a Nesbit’s procedure. Stitches are used to bunch up the tissue; you may be able to feel them under the skin of your penis afterwards. Plication procedures always cause a degree of penile shortening (amounting to 1 cm for every 15° of curvature corrected). They have less impact on erections and sensation than plaque incision and grafting.

Plaque incision and grafting is used for men with more than 60° of curvature and good quality erections. It is more likely to affect erections and sensation than a plication operation, but will shorten the penis less. It involves cutting into the plaque to release the scarred area, and using a graft to patch the gap. Traditionally, vein grafts were used (taken from your groin through a separate incision: the Lue procedure) but most urologists now use prepackaged, off-the-shelf grafts. To get to the plaque on your penis, we need to lift either the penile nerves (for an upward bend) or your urethra (for a downward bend, pictured) from the body of your penis; we replace them at the end of the procedure.

For those with any degree of curvature but whose erections are poor and have not responded to treatment with sildenafil, vardenafil, tadalafil or avanafil, implantation of penile prostheses may be the best surgical option. In this procedure, all abnormal tissue in the corpora cavernosa is “cored” out to allow the implants to be put inside it. The device provides the rigidity needed for penetration during sexual intercourse. Implanting the prostheses alone is usually enough to straighten the penis. Occasionally, the penis needs to be “moulded” back into shape or grafted (as in the plaque incision and graft operation) to get it straight.